If you had to describe Bobby Mc in word, it would be passionate. With his engaging personality and unique warm tones, you’ll be brought on a magical journey. Whether it’s a small intimate gig or a vast outdoor festival, he finds a way to make it personal. Bobby Mc’s live performances will leave you with a smile on your face.

Although now a cliché, Bobby Mc’s first words were actually not spoke but sung as he belted out every word of Wonderwall at 2 years of age.

This was no surprise to his parents who were both professional musicians themselves. Starting out in youth theatre and local talent shows, he soon progressed to national TV at the age of 14, with appearances on RTE and TG4. At 18 he started studying Actuarial Maths in Dublin City University but soon turned his attention to his passion which was a career in music.

Bobby Mc was a battle stage contestant on ‘The Voice’ in Ireland in 2013. He earned the praise of Irish music royalty in Sharon Corr of The Corrs and ‘King of the jungle’ Cian Egan of Westlife. His success that year didn’t stop there as he went on his first international tour.

He was the lead male vocalist in a production called ‘Irish Dreams’. The show toured the north of Germany for three weeks, playing venues that the Beatles had frequented in the 1960’s. 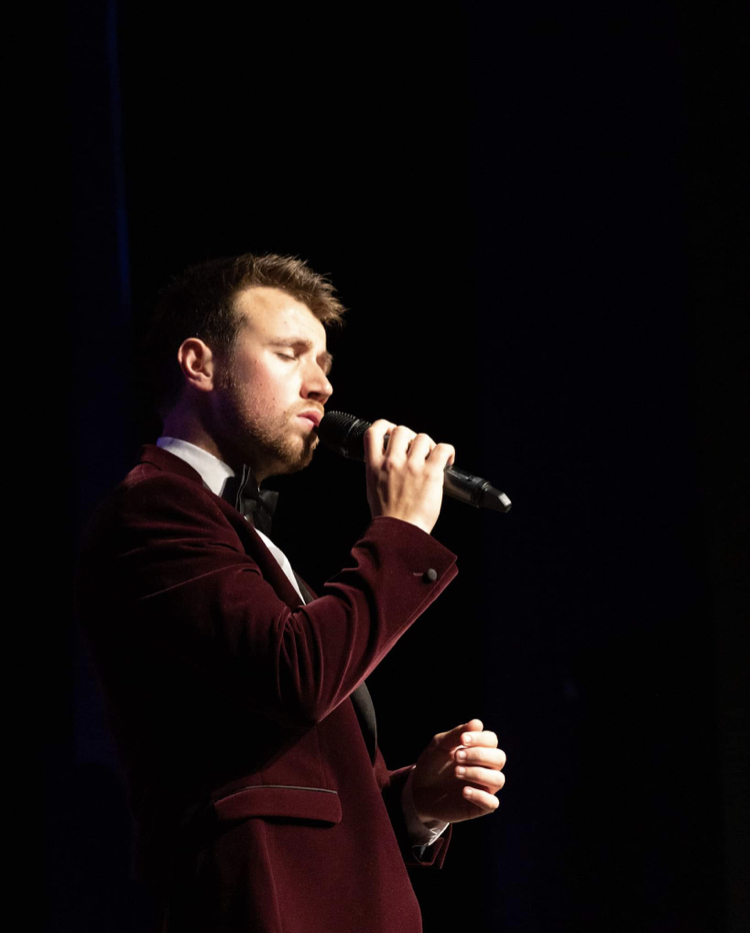 In the years that followed, while Bobby Mc was finishing off his studies, he started to make a name for himself in the professional music scene in Ireland

He honed his craft playing in some of the loveliest and not so lovely venues in Ireland. Mainly playing a one man show with piano and tracks, he learned how to work a crowd and what it meant to win them over.

This was the time he really fell in love with swing and jazz. Michael Buble was a big influence on him at this point but he soon began to discover the greats of that music like Frank Sinatra, Dean Martin, Nat King Cole etc… 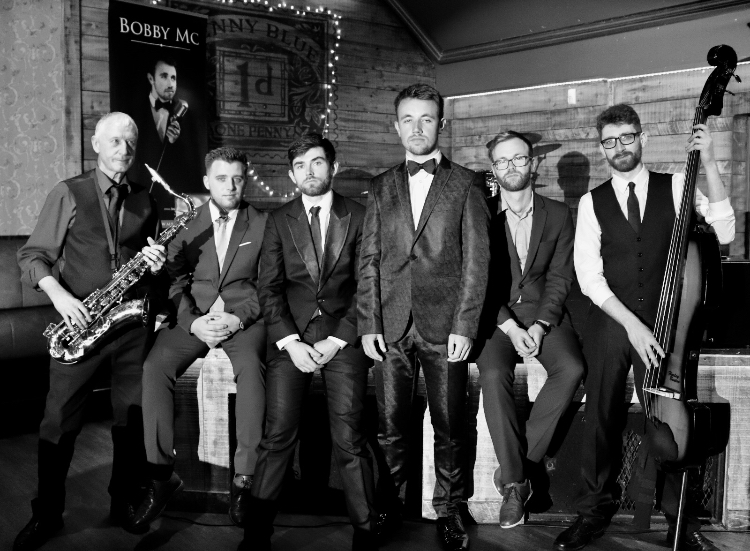 When he graduated in 2017, with his degree on the wall, he was well equipped to start his full time career as a professional musician

He didn’t wait around and in 2018, he had his first sold out show called ‘Bobby Mc’s Speakeasy’. The show was performed to a sold out ‘Draiocht’ theatre. Carefully curated by Bobby Mc, the show featured songs from the greats of jazz and swing as well as some more modern jazz acts such as Gregory Porter. He was joined on the night for the first time by his band ‘The Dukes’. A 7 piece band consisting of Keys, Guitar, Double Bass, Drums with a 3 piece horn section featuring some of Ireland’s greatest musicians in Michael and Richie Buckley on Tenor Saxophone and Mark Adams on Trumpet. He also performed numerous duets with his two female guest singers. The show went on to have appearances in theatres such as The Venue and The Civic.

Bobby Mc and The Dukes went on to have huge success in the two years that followed. They began working with some of the best corporate agencies in Ireland playing at many events and festivals across the country. These events included corporate functions for companies such as Google/PayPal/Jameson/Facebook as well as festivals such as ‘The Taste of Dublin’ in Dublin’s picturesque Iveagh Gardens. But in 2019, they really announced themselves on the Irish jazz scene when they amazed with 12 shows across 4 days at the world renowned Guinness Cork Jazz Festival. 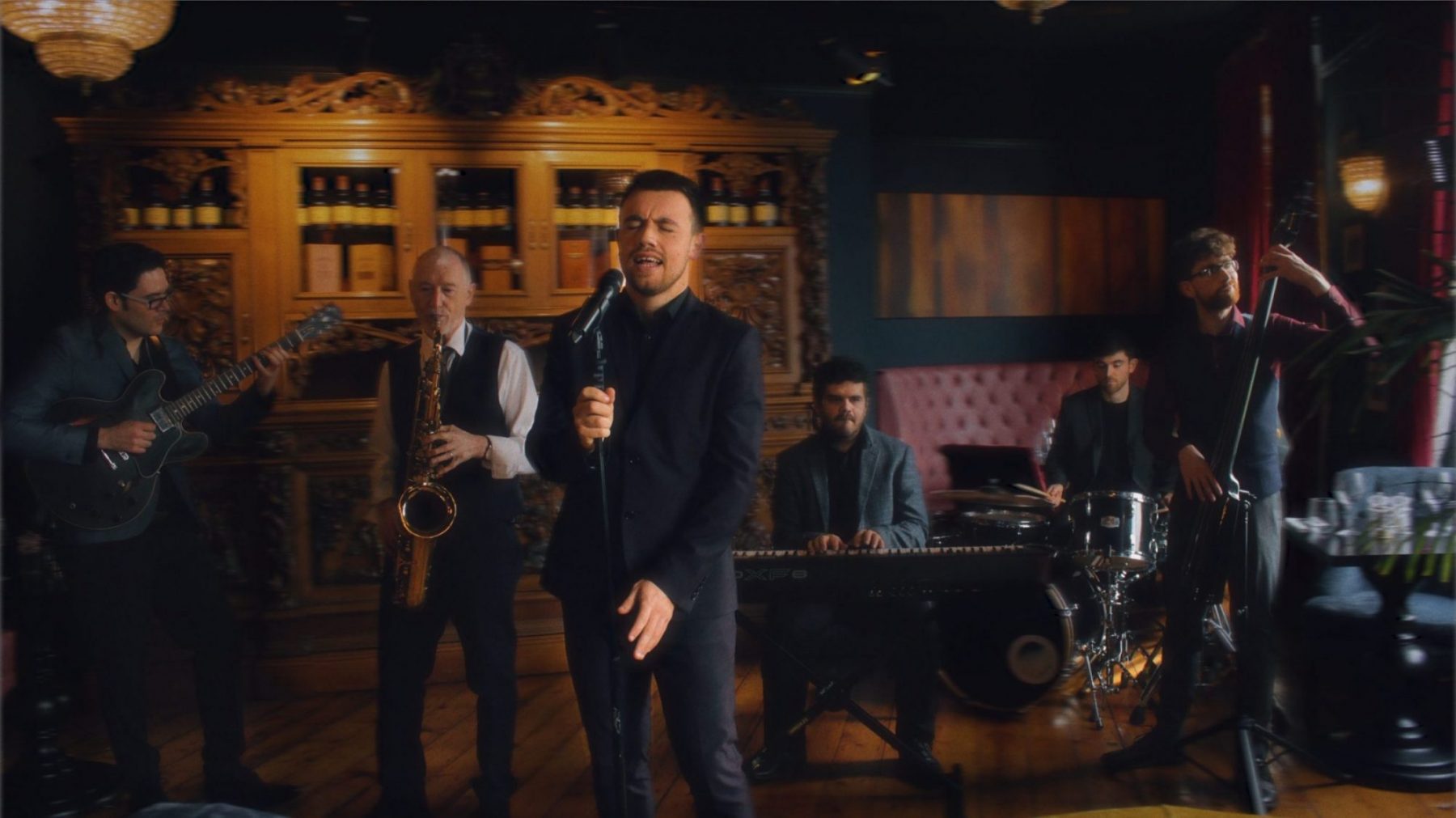 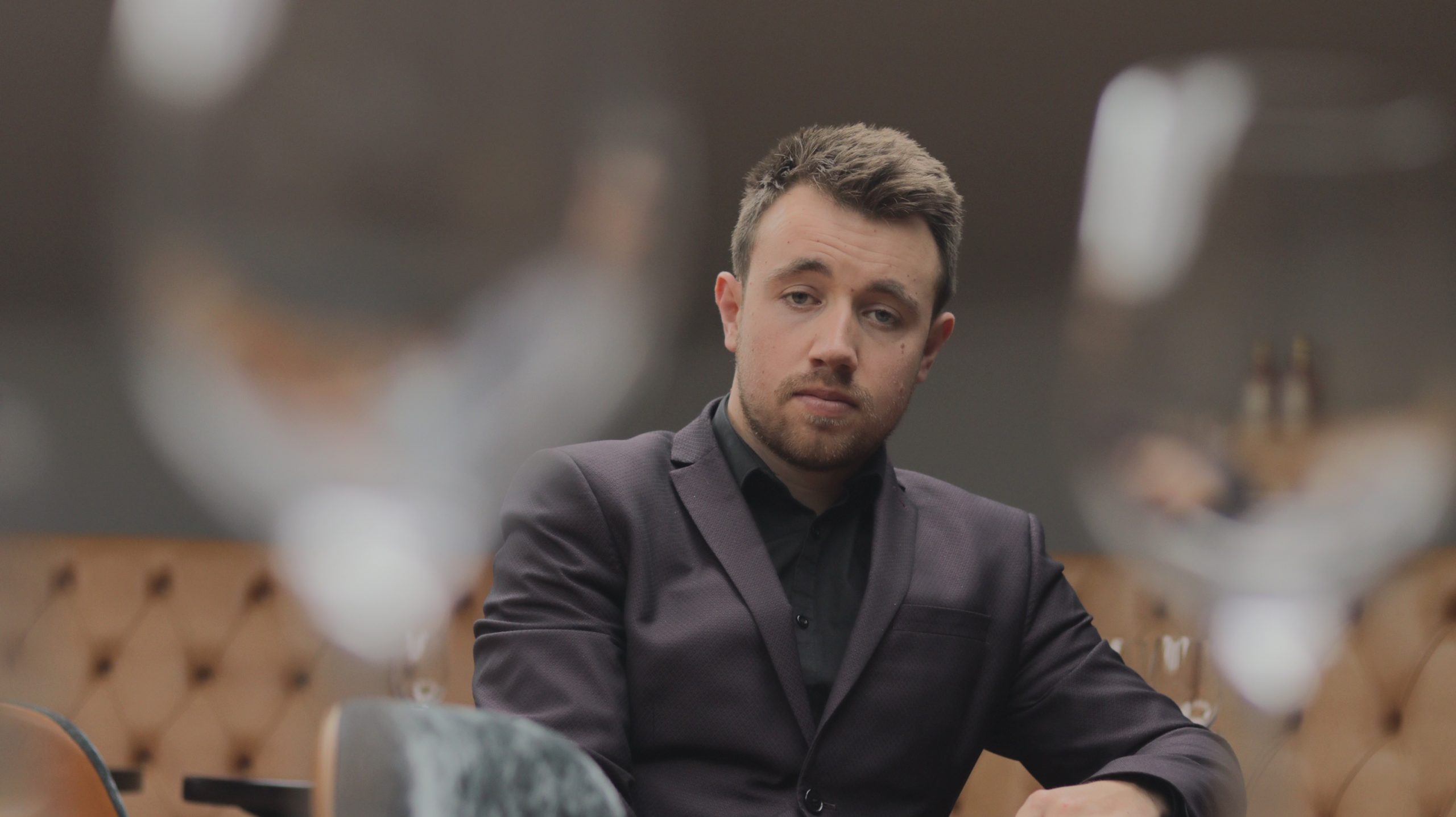 In the same year, Bobby Mc launched his second stage show. This one was a show of love and admiration for the work of his idol Gregory Porter

The show was called ‘Take me to the alley – A night of Gregory Porter with Bobby Mc’. He debuted the show at a venue Porter had played in a few years previously as an unknown artist, The Sugar Club Dublin. The show was very well received and went on to play two more iconic venues in Dublin at The Purty Kitchen and Arthur’s Blues and Jazz Club.

In 2020, Bobby Mc signed with an independent record label in London called ‘The Animal Farm’. He convinced owners Ville and Mat Leppanen that although he was slightly different to their current roster, this could be a relationship that would work for both parties. On January 29th 2021, he released his debut single, ‘Try a little tenderness’ produced by Mat Leppanen and featuring Podge Kilbride on piano. He has promised a few more singles before we say goodbye to 2021.’